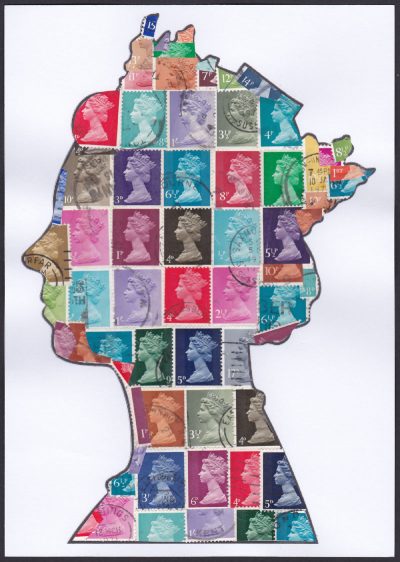 Well, here we are, one year later and I’ve done it! The final Queen’s Head, appropriately filled with Machin definitive stamps, the 50th anniversary of which is today and which is what gave me the whole idea just over a year ago when we were thinking about what theme we could each adopt. It has been great fun producing/creating them all and exhibiting 240 of them at Lantern Arts Centre (thanks again stripygoose for all your help putting them up and taking them down) – hopefully I will get the chance to display all 365 of them on one big wall before the next task, sticking actual stamps with the Queen’s Head on them and sending them all round the world – it really is a job that never ends but we wouldn’t have it any other way! 🙂 More Machin madness right here.