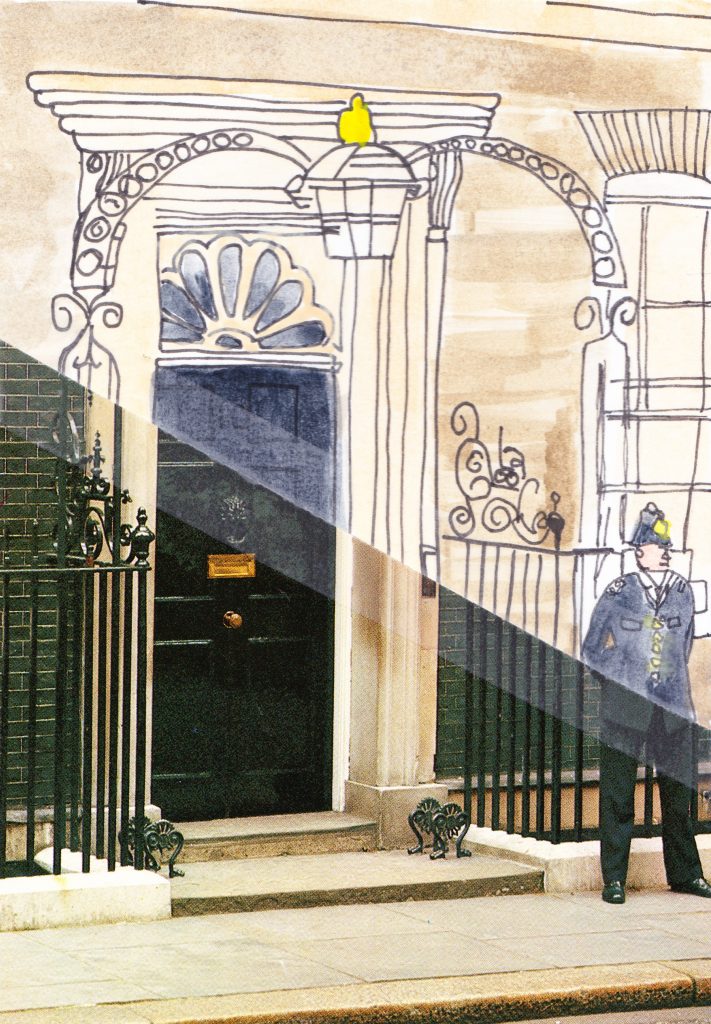 A standard, off the shelf tourist postcard this time, of a policeman standing outside the Prime Minister’s house, No. 10 Downing Street. I think I bought this in my early postcard obsessed days, when I saw them going for 12 for a pound or something.

It’s about as drab a photo as they could have taken, and something tells me that this card is perhaps not the most up to date. Perhaps a photo from the 80s? I can’t blame the photographer really, but this was no oil painting (watercolour actually on my part).

Perhaps the only redeeming feature of the original, which I only noticed after I had finished the painting and scanned, but may add later, is the Policeman’s glorious sideburns, which I originally mistook for extended helmet padding. 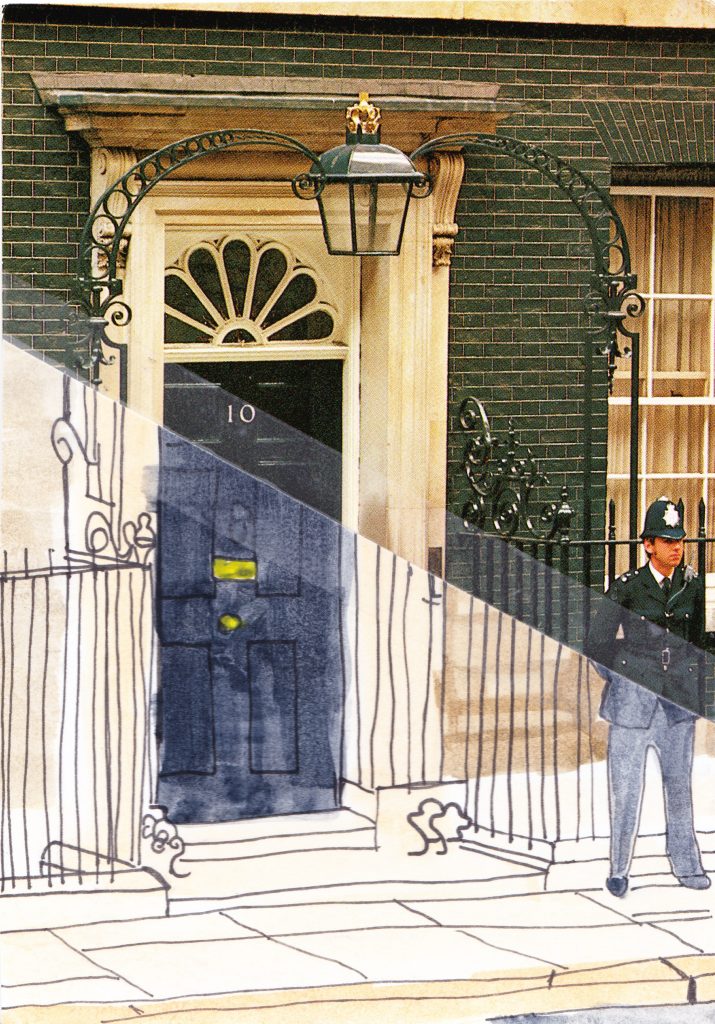