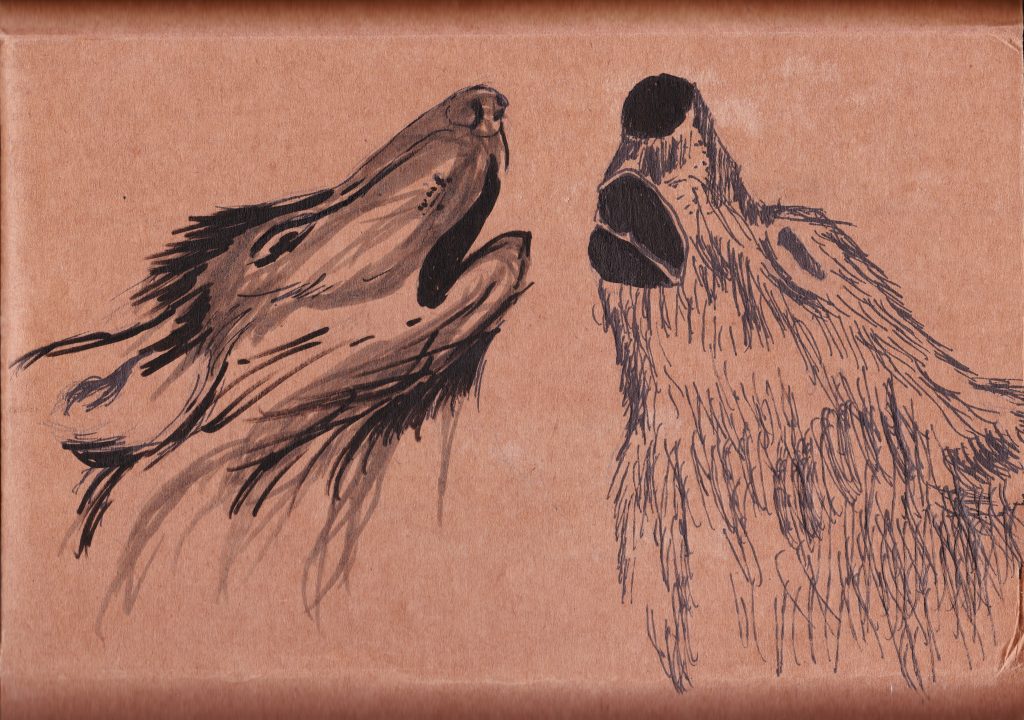 Elena sold some pencils and I decided to illustrate the envelope. I had to draw a wolf as the purchase is shipping to someone called Wolf. I started with the one on the left and thought I’d made a mess of it (I still think it’s a mess, but Elena assures me it’s not as bad as I think), then decided to start another one, totally in fineliner instead of brush pen.