By andytgeezer15th May 2017Mailart
5 Comments 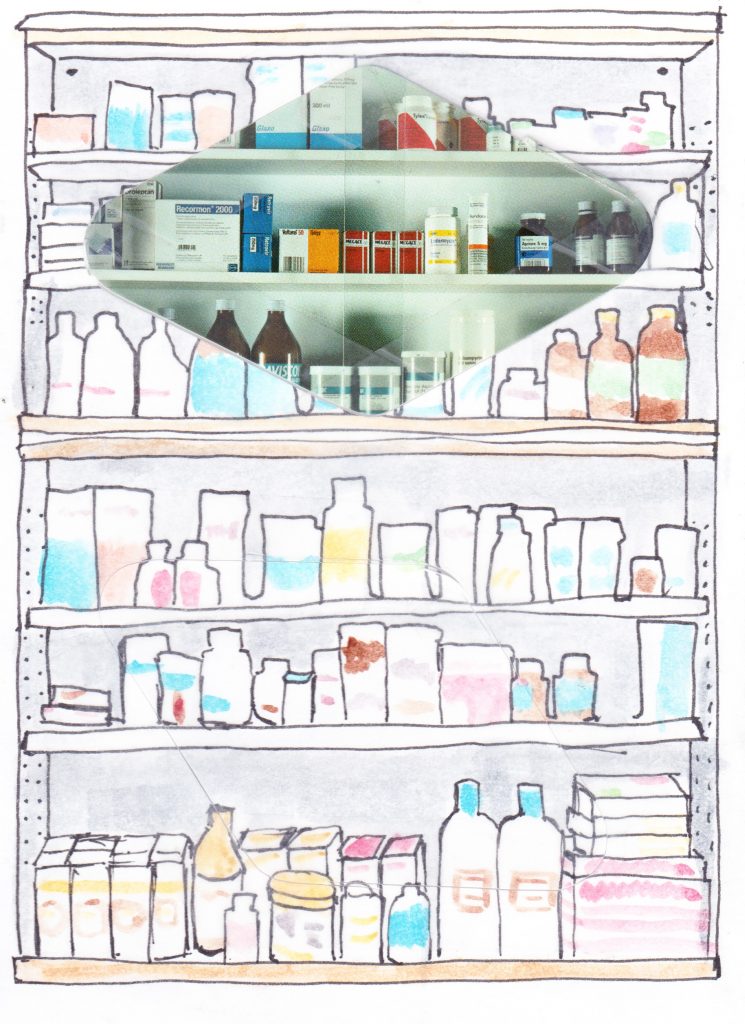 Me and Elena bicker constantly about modern art. She is convinced  that all modern art is worthless, whereas I argue that it’s important to clarify what parts of modern art she’s referring to and that imagination is more important than representation. If you ever get a chance, just mention how much you love going to Tate Modern to her and you’ll see what I mean.

However, there is one modern artist who I have to say completely makes my blood boil in the way it does Elena’s.

Damien Hirst, the enfant terrible of the 90s art scene, gets right up my nose.

It all started in the early 90s. A year after he hit the scene with his shark and cow in formaldehyde, he exhibited this piece,  in the Tate. I was 12 years old at the time.

However, I had worked in my family’s pharmacy for about 4 years already by then, stacking the shelves after school with my mum and the sight of a pharmacy shelf stacked with medicines was something really very ordinary. My mum made this “artwork” every day, except her art was not only ever-changing, it was also actually useful to people.

Damien Hirst had a very unusual preoccupation with Pharmacies, and this was noted by the Royal Pharmaceutical Society of Great Britain, who subsequently took legal action against him, for misleading the public when he opened a bar in Notting Hill called “Pharmacy”. Hirst himself obviously revelled in the attention and it didn’t do his career any harm.

However, as a qualified pharmacy assistant at 16, I couldn’t help but be offended by this buffoon, peddling his “art” under the respectable guise of our profession.  Thankfully in 2003, the place closed although he’s now opened another, called pharmacy2, which is already in the sights of the RPSGB. No doubt Damien is rubbing his hands again at the thought of the free publicity. What an arse.

However, his work did provide me with the basis for this work, though I had to hold back from just ripping it apart. 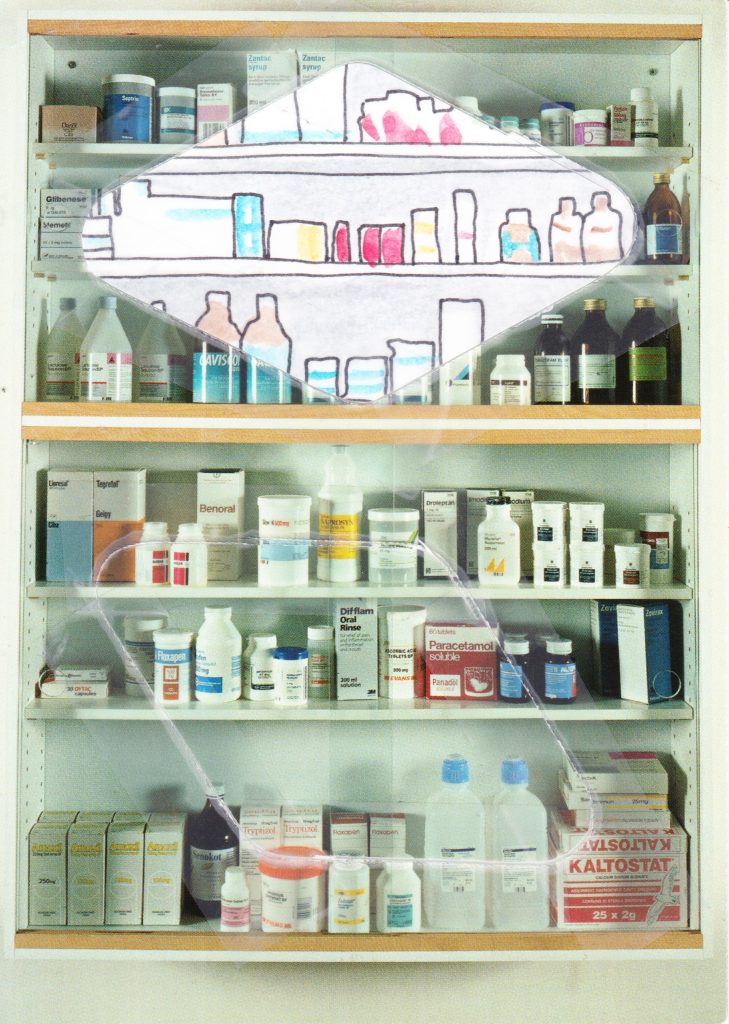 I sincerely hope that Damien sees this and considers himself cheated of his intellectual property.