I’ve been aware of the Twitter Art Exhibit, which is a Twitter-coordinated postcard art exhibition, since it’s inception in 2010. I sent a postcard in the first year,which I’m proud to say was bought by the organiser, David Sandum. The annual event has now reached it’s 7th year and every year since I’ve been meaning to send but this year, with it being in the UK, I had to get one out.

I wanted it to be totally British in theme and to be completely mailart, rather than just a postcard. It had to incorporate the stamp as integral to the theme I felt, so I decided to send this piece. 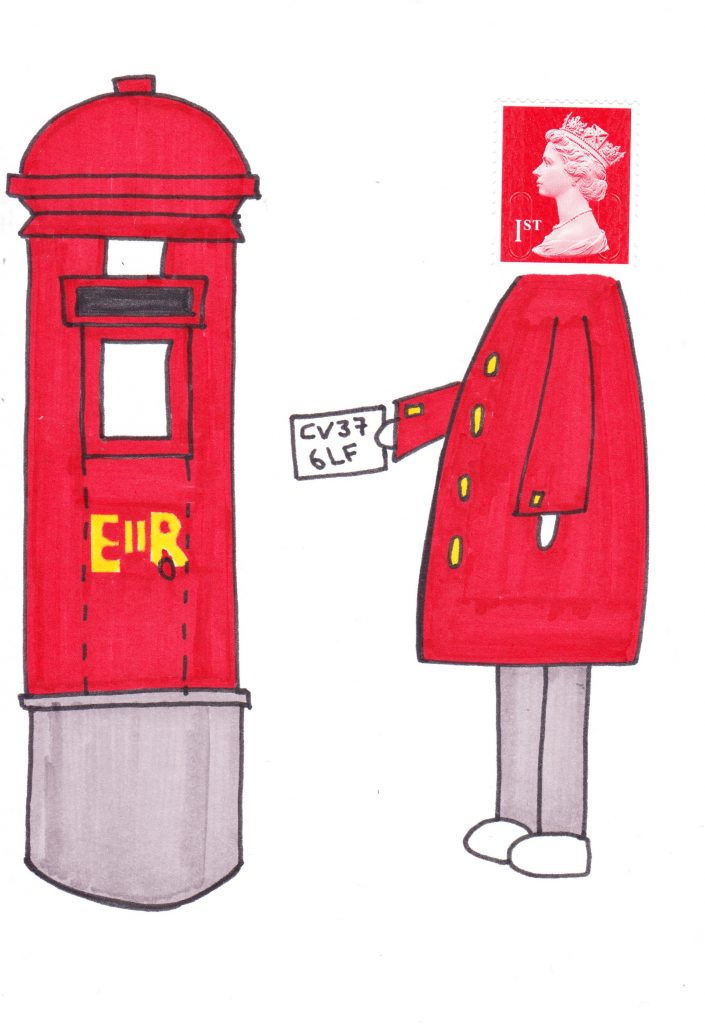 I put a note on the back for the postman, to ensure that it was beautifully postmarked and the Royal Mail didn’t disappoint.

The opening night of the exhibition was yesterday in Stratford-upon-Avon and there were nearly 1000 pieces on display.

Along with my piece, they made nearly £9000 for Molly Olly’s Wishes. Always a great honour to take part in this initiative.

There’s also something hugely significant about this post. At 57, this is the point at which my alter-ego has caught up with my original 365 persona, at least superficially.