When Verity saw Mallard Family the other morning she was over the moon and took her Mallard and done something very special. She bounced Mallard, from left to right, on each of the ducks and said “One, Two, Three” as she landed on each one. That was the first time she’s ever counted sequentially with meaning!

As Stripygoose has said, we should just scrap the National Curriculum and get mailart in every school tomorrow.

When I left, taking Mallard Family with me, Elena created a cardboard replica of Mallard and her other beloved duck, Mack Mack (Romanian ducks say “Mack Mack” instead of “Quack Quack”). Verity was thrilled by these and has since christened them “Better Mallard” and “Better Mack Mack” respectively.

In honour of Better Mack Mack, I’ve created this little number, on it’s way to a survey recipient. 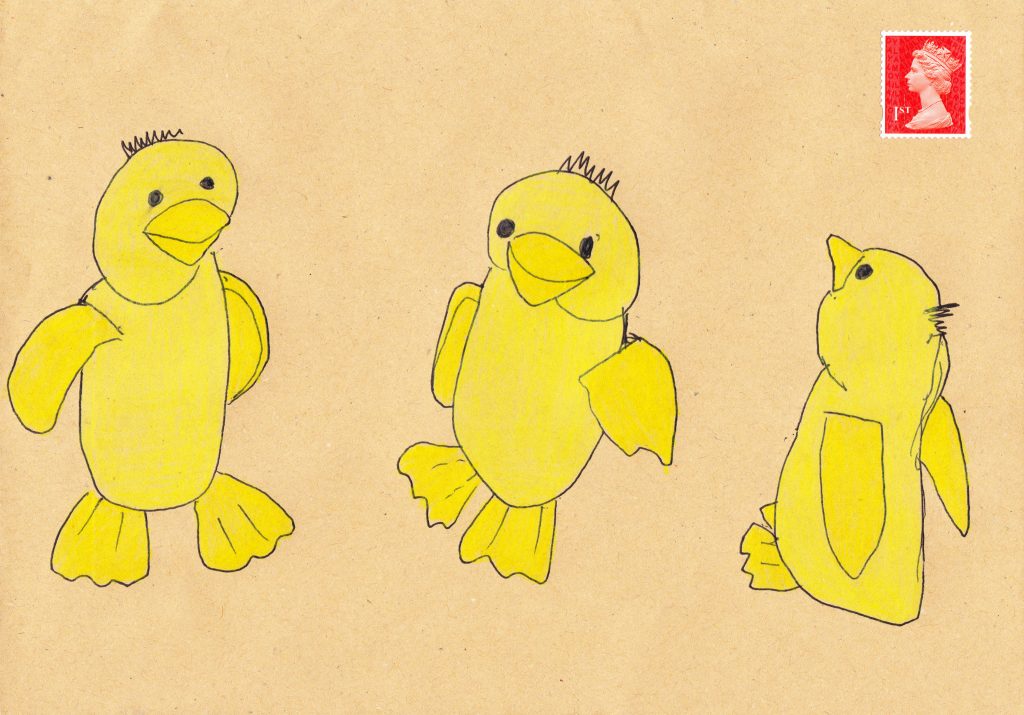