With this series, I’ve encountered some postcards that make me think, why on Earth did this make it into a postcard!?! Cage End Broad Oak springs to mind.

Schneider Square in Barrow in Furness needed a bit of research. Unlike some postcards I’ve worked on so far, Schneider Square looks almost identical in the postcard to what it looks like today, with the statue and pretty much the same buildings in place. The wikipedia entry confirms that it hasn’t changed much since it was built in the 19th century and it certainly looks like not much has changed since the postcard was taken, except of course the new betting shop, which are universal symbols of the decline of the high street. 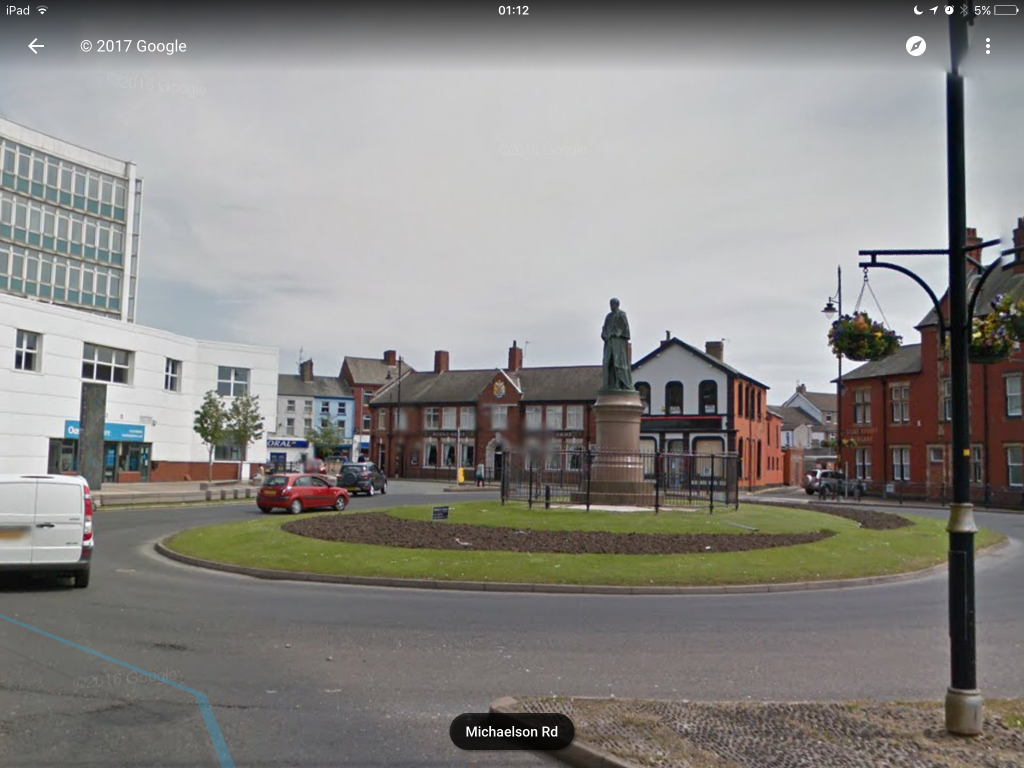 With this set, I thought i’d try a different technique. Using postage labels, fineliner and coloured pencil I stuck a new layer on the image before cutting in half and mixing and matching the pieces. 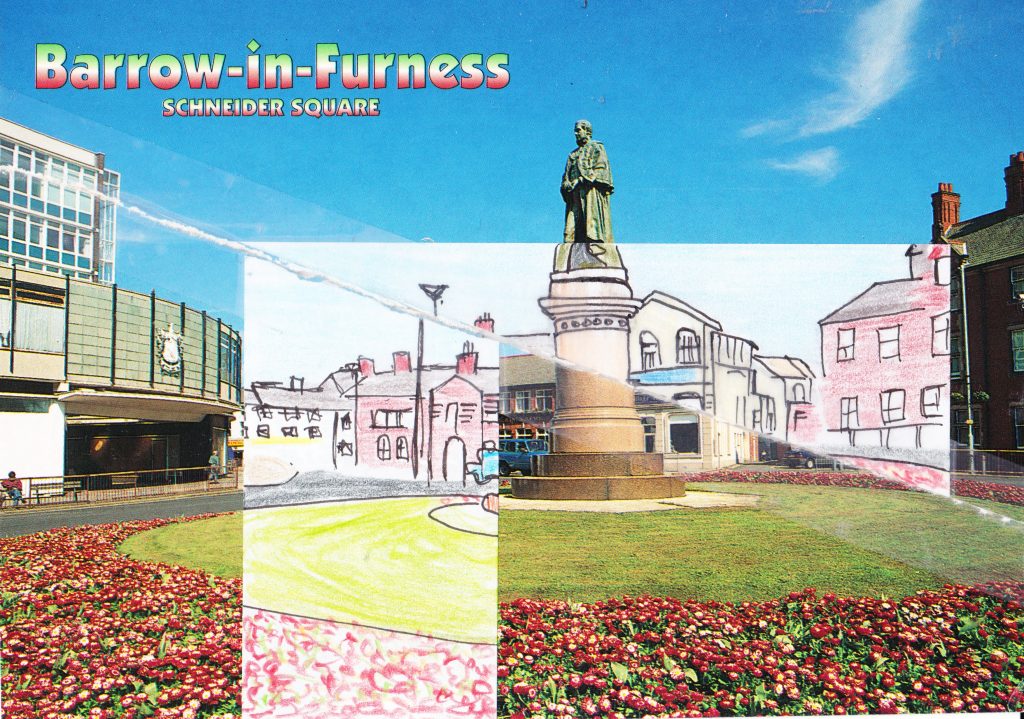 I only have one regret with this and that’s that, after all the work, I got lazy and tried to cut all 5 pieces in one go, and the scissors tore the postcards instead of cleanly cutting them 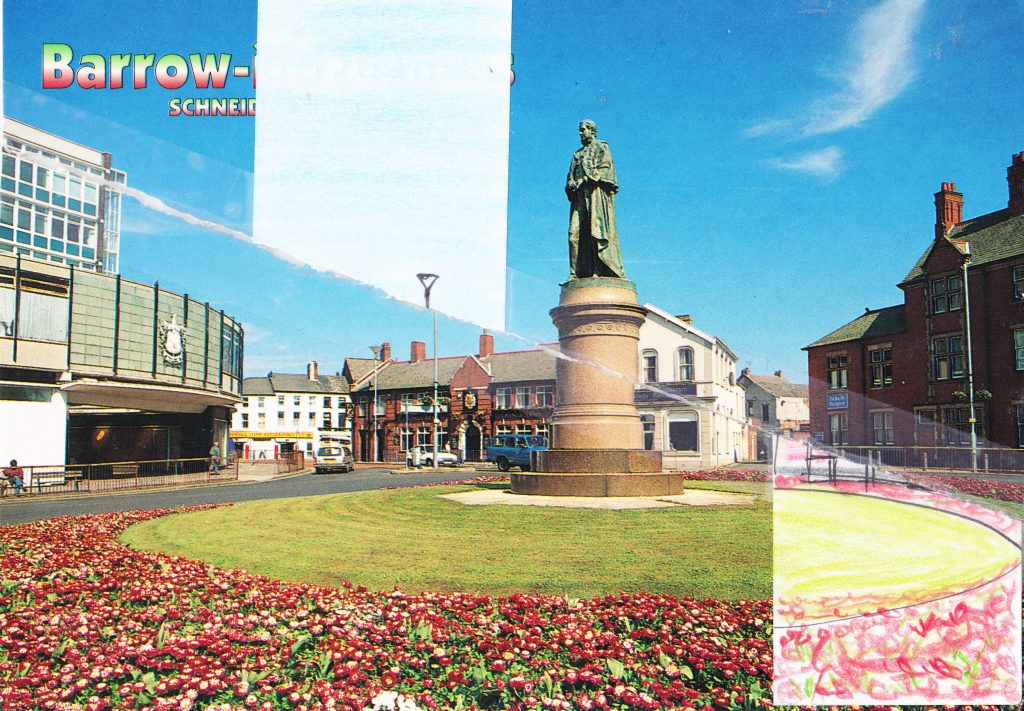 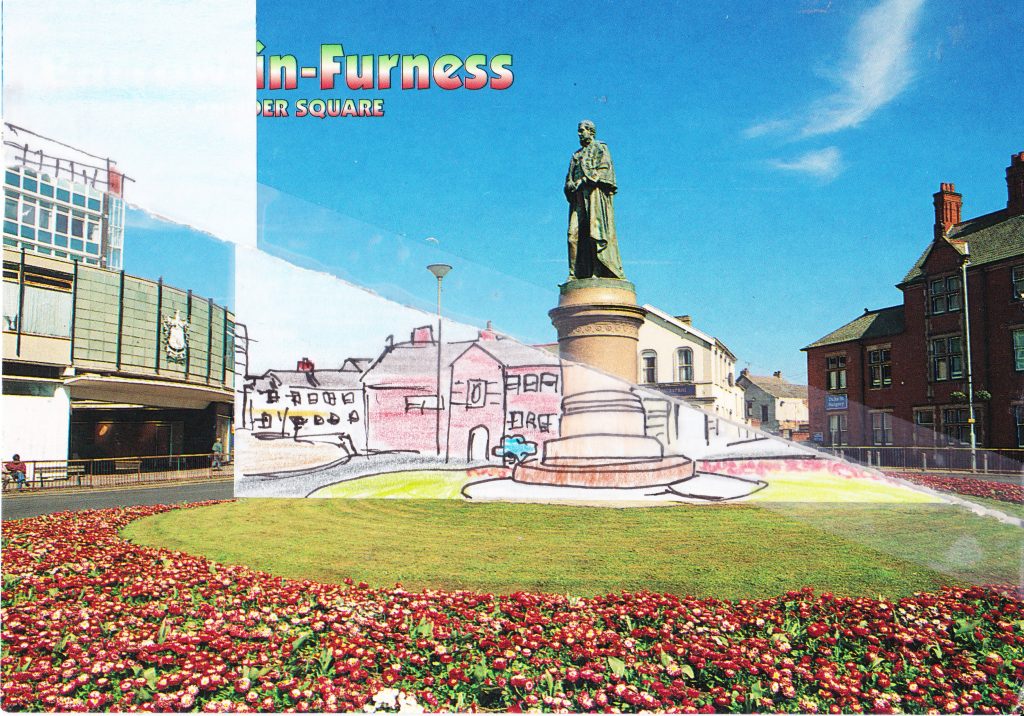 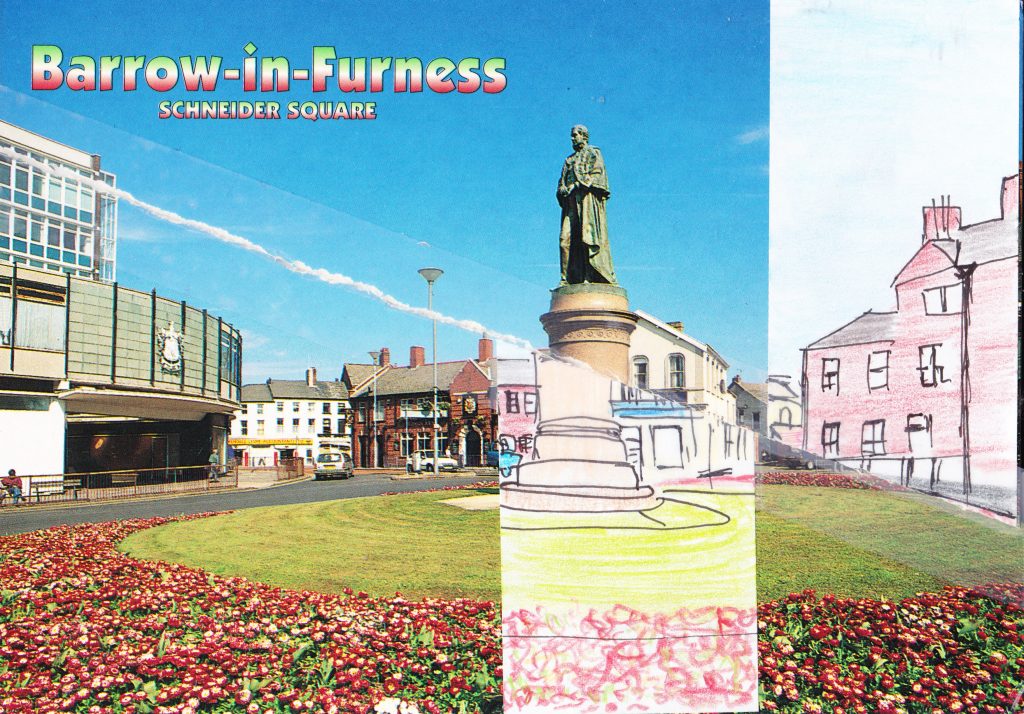 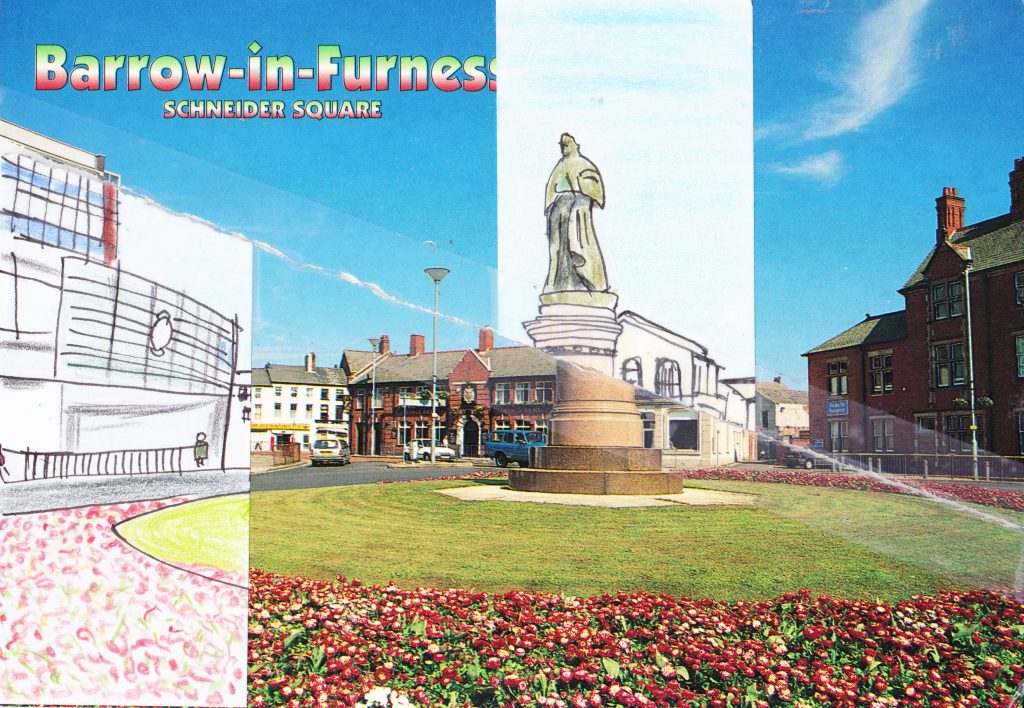