I remember when I was growing up there was a clock in the Swiss Centre in Leicester square that had little figures that would appear on the hour and dance around for the amusement of the crowds. They done away with in 2008, when the Swiss centre was demolished to make way for the really garish M&M world. 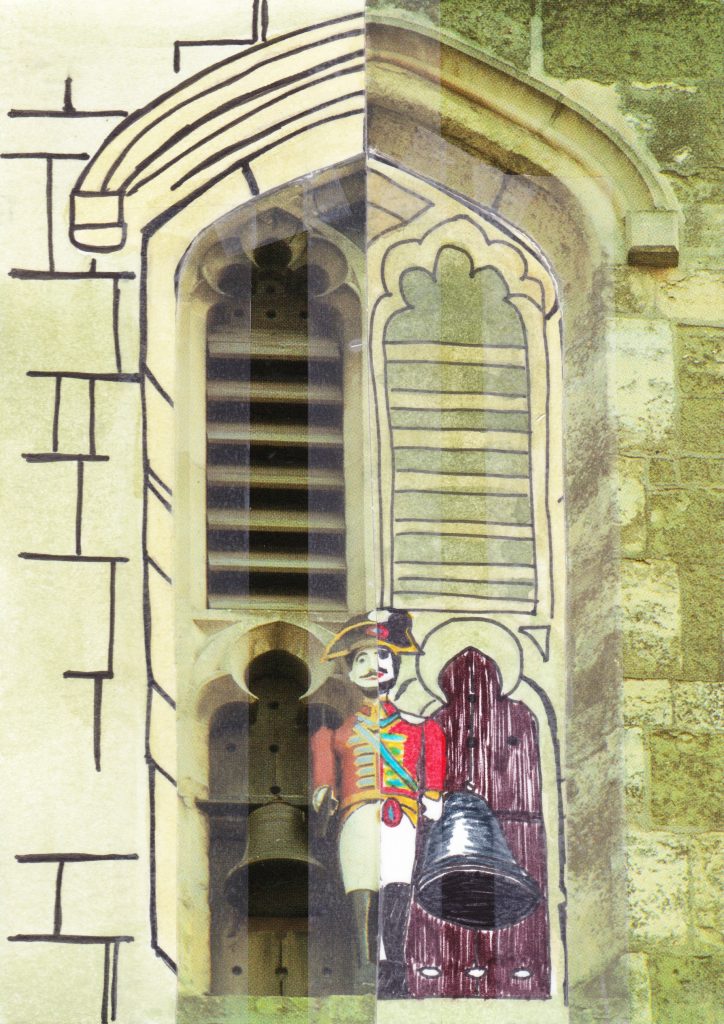 This little fella lives in Wimborne Minster, a church in Dorset and is a Quarterjack, meaning that he chimes every quarter of an hour. The clock itself dates back to 1612, when the figure was a monk, but during the Napoleonic wars in the early 19th century he was repainted as a granadier and has stayed that way since. I presume that they must have added the hat too.

Colours were done in fineliner by me and Watercolour by Elena and the piece was finished with 2 cuts. 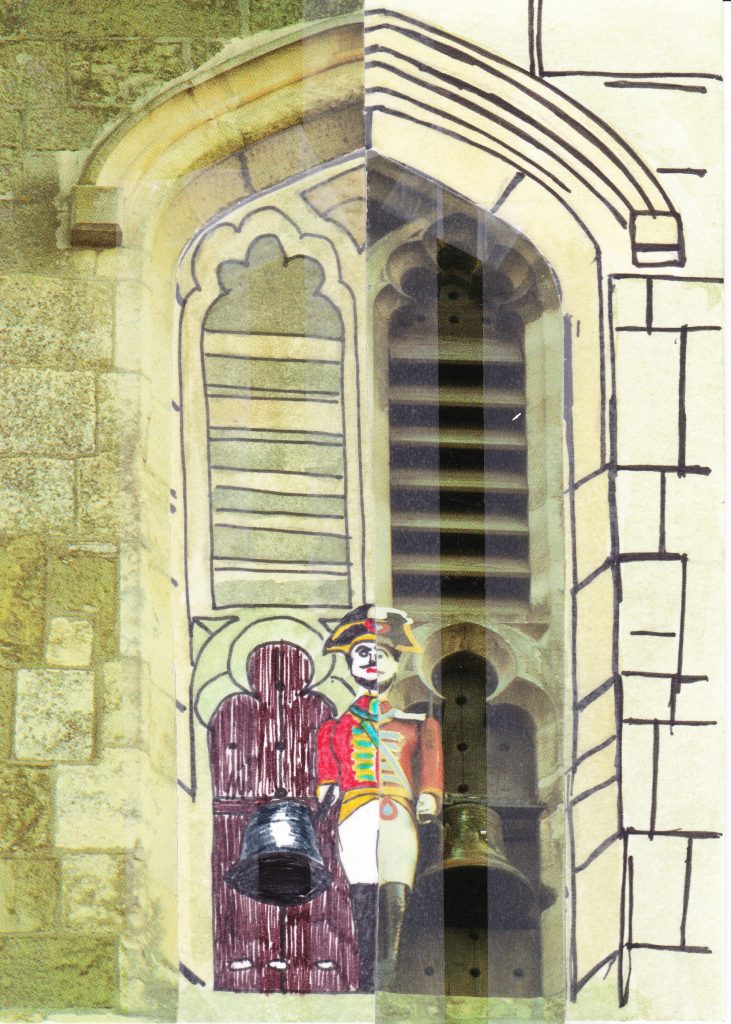