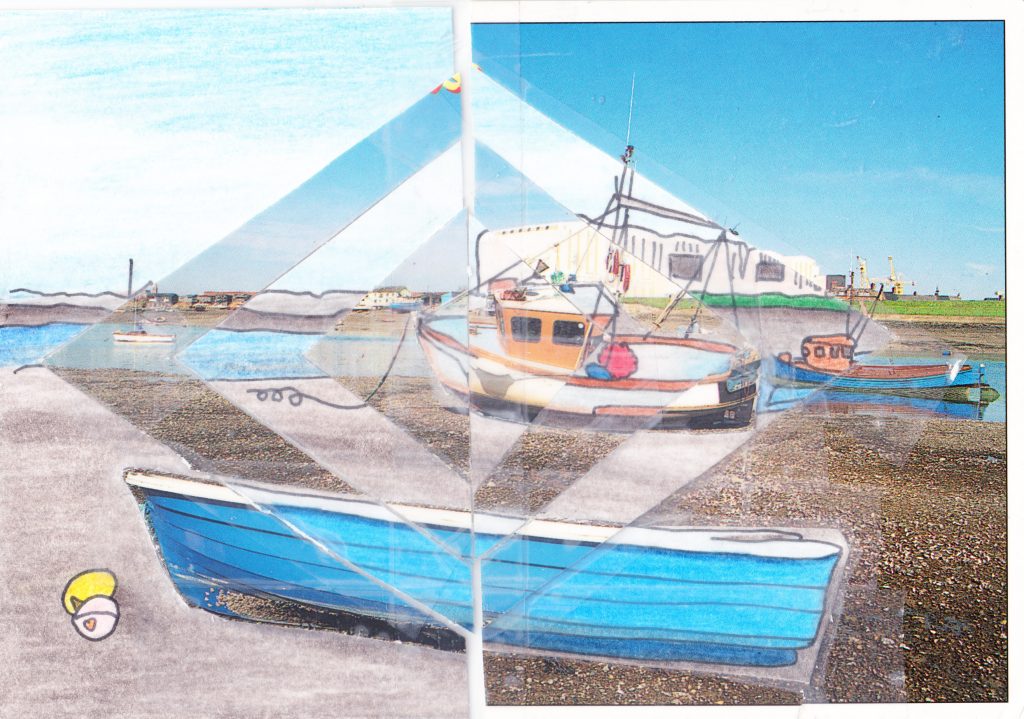 I love collaborating with my wife. She is much better at colouring than I am, and when Elena offered to do one of my Barrow in Furness series I was over the moon. Her initial colouring, in coloured pencil is far superior to any of the ones I’ve done so far, so the pressure was on to make the cut as good as possible.

After the 4th cut, I realised the I couldn’t get any more fine details cut out with any great result, as there weren’t enough features on the card left to dissect, so thought I’d take a slightly different tack and cut out a central diamond with some enhancements.

The hardest part was putting it back together and there are some gaps, but Elena’s colouring makes it difficult to tell the joins. 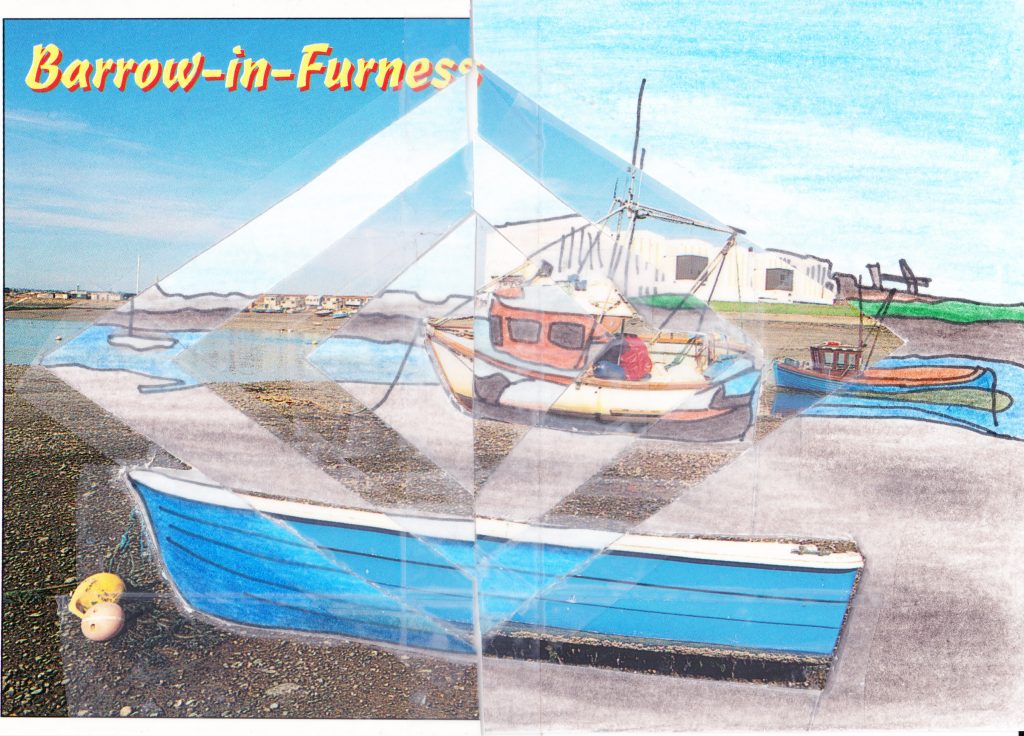 Probably not a cut I would choose to do again, but not altogether displeasing to look at