So it turns out that I have quite a few of these Barrow in Furness cards, so I get to experiment a little.

As a born and bred Londoner, I am pretty ignorant about places outside London and knew nothing about Barrow in Furness. As I previously had loads of cards from around Sussex, and from the postcard image, I had assumed that it was a small fishing village somewhere down south, but it seems that I couldn’t have been more wrong. It turns out that Barrow in Furness was a huge steel and iron town and shipbuilding centre up north.

I really need to get out (of London) more. 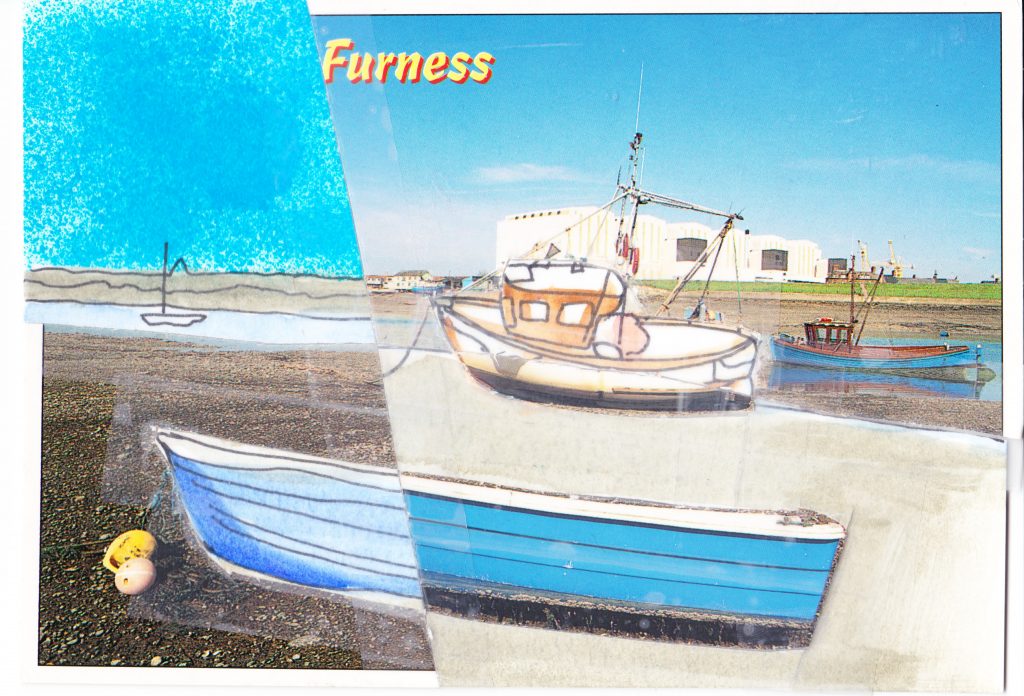 So in this second cut, I imagined taking the question, “I wonder what it would look like if you re-spliced your two halves together to make a card.”, to the next level, taking a card that had been spliced and put together, then doing it again. I repeated the initial cut as exactly as I could then took the completed piece and sliced and spliced again.

I want to make sure that a major component is always included in every slice and splice, so this time I chose the 2nd most obvious object, the boat in the middle distance.

When it came to performing the second slice, I almost chickened out and nearly left the boat intact, but at the last minute, I veered inwards, slicing it in half and I’m really glad I did.

Had I not taken that decision, I would have never known how close my colour choice was on the woodwork. 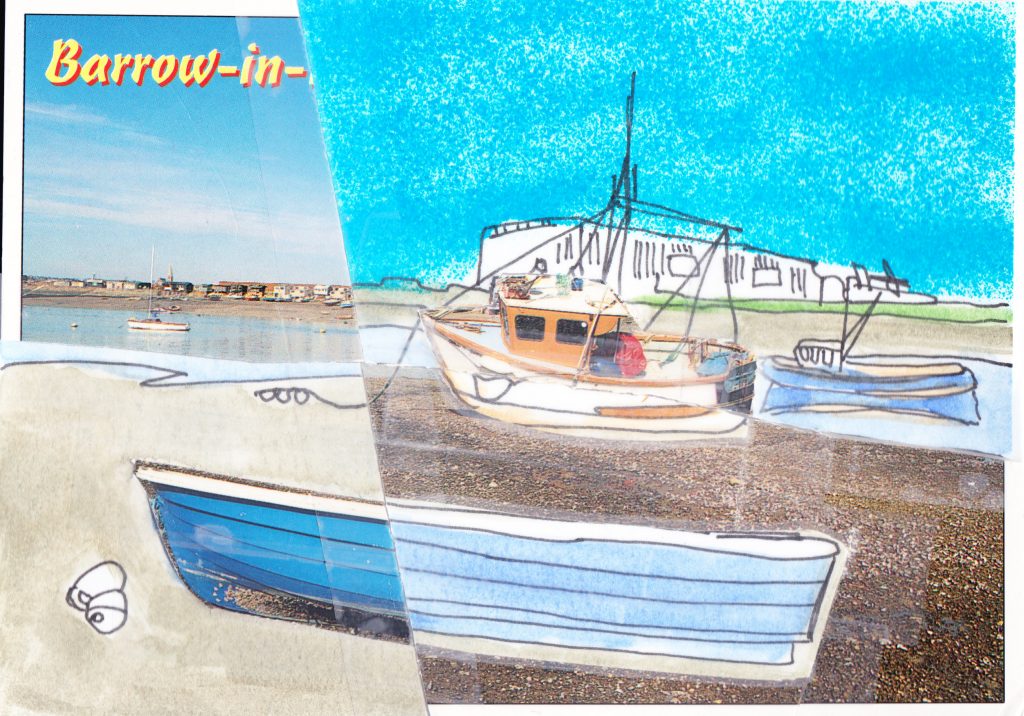