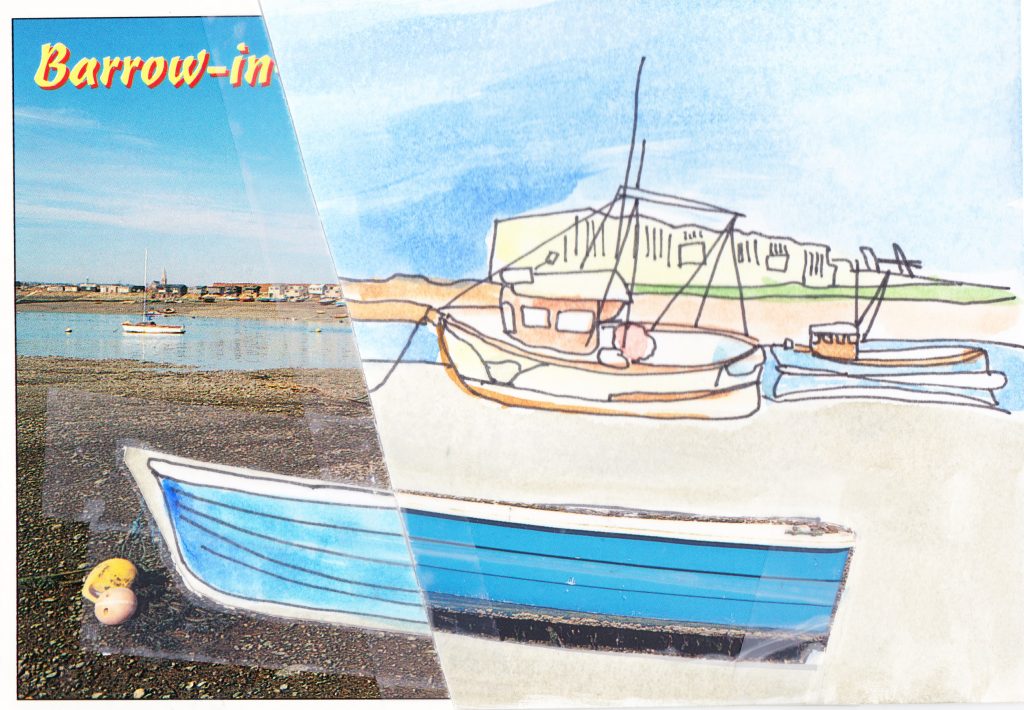 It’s been a busy week at Geezer towers, with the heatwave taking it’s toll on our little girl, who just hasn’t been able to get a decent night’s sleep for days, so our output has dropped to almost nothing for a week.

This piece was started on Tuesday, and only now sees the light of day.

This is my second attempt at addressing the idea of cutting a card to create a new one, then splicing it together with it’s twin and the beginning of a short series in which I investigate how far this can go.

This first cut just takes the card, from Barrow in Furness and pulls out the most obvious feature, the foremost boat. I put this in the opposite card and merged it, then took the resulting card and sliced it in half again and re-spliced it with the original. 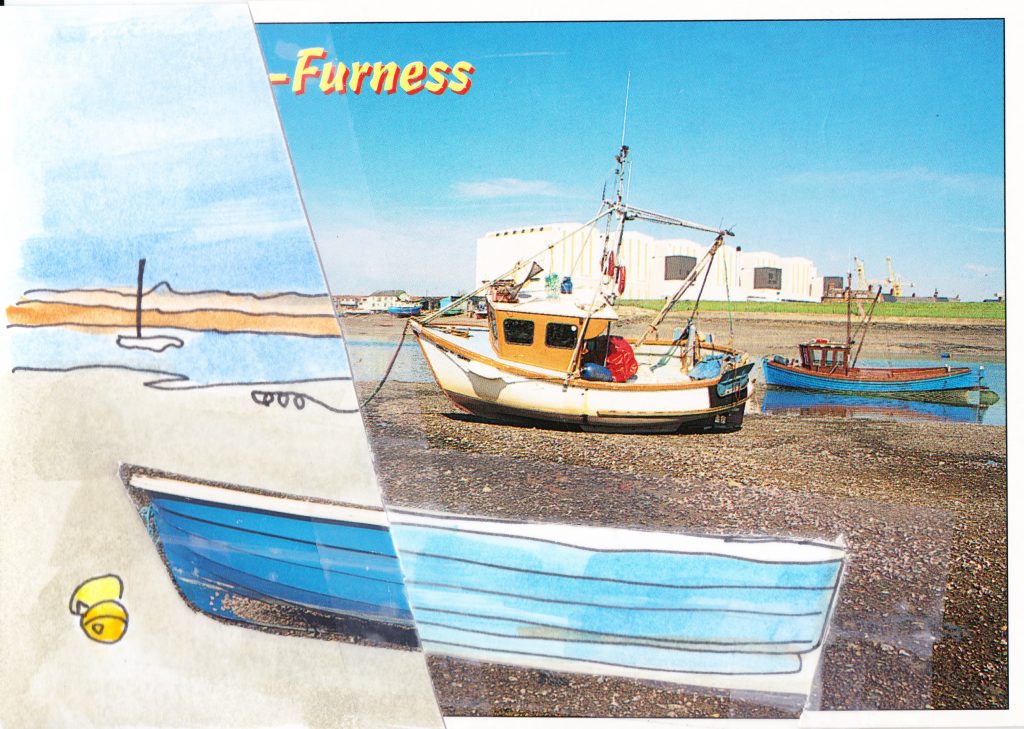