A package arrived in the post a couple of days ago with the distinctive font of one Stripygoose containing a packet of spray pens and some lovely acorns for our daughter.

On the front of the package was taped a cut postcard of an ostrich, with half on the front and a quarter on the back and one piece missing.

I know a challenge when I see one… 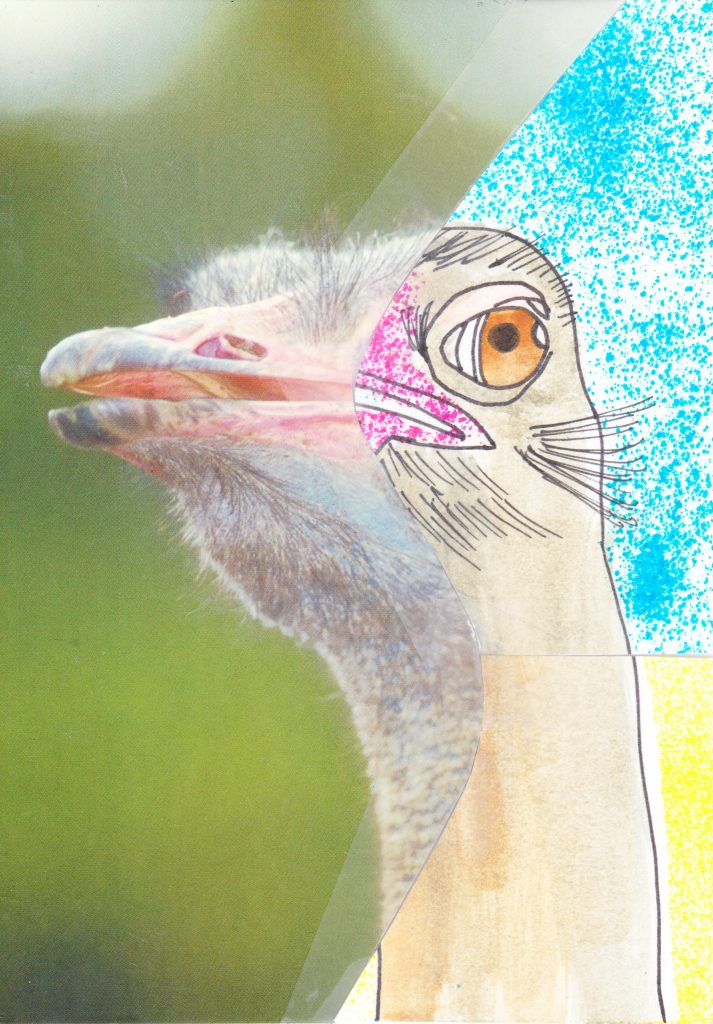 This piece became my first 3 way split, made from 3 and a bit original pieces taped together, where each piece contains one of each constituent part. As well as using the fabulously fun spray pens, I also stuck to the main watercolour and fineliner that I’ve been doing. 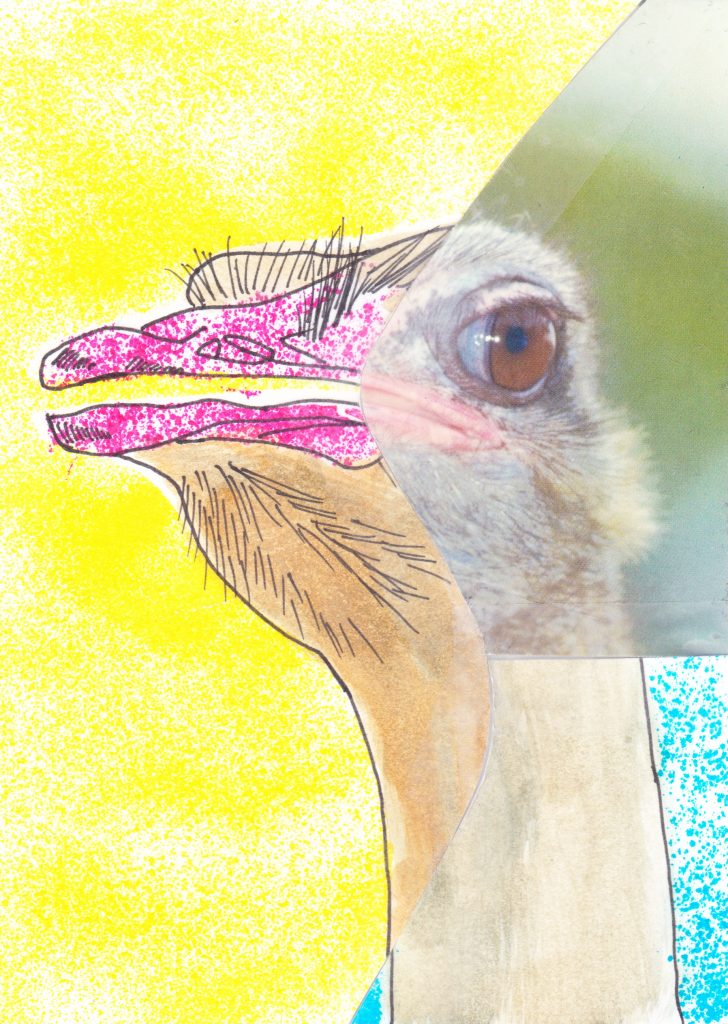 I think the effect is really fabulous of the three media merging across three pieces on three postcards. I am sure that Stripygoose and you, dear reader, can appreciate the numerical beauty of that!

Stripygoose will know that my naming convention dictates that I always give the post the original name of the postcard, but this postcard didn’t have a name on it, so why is this post called “Francis the Ostrich”?

For that, we have Google Image Search  to thank. After scanning the reconstructed original, I found that the postcard image had been used as the cover of a children’s book, called Francis the Ostrich. It seems like drawing coincidental Childrens Book covers is becoming a habit. 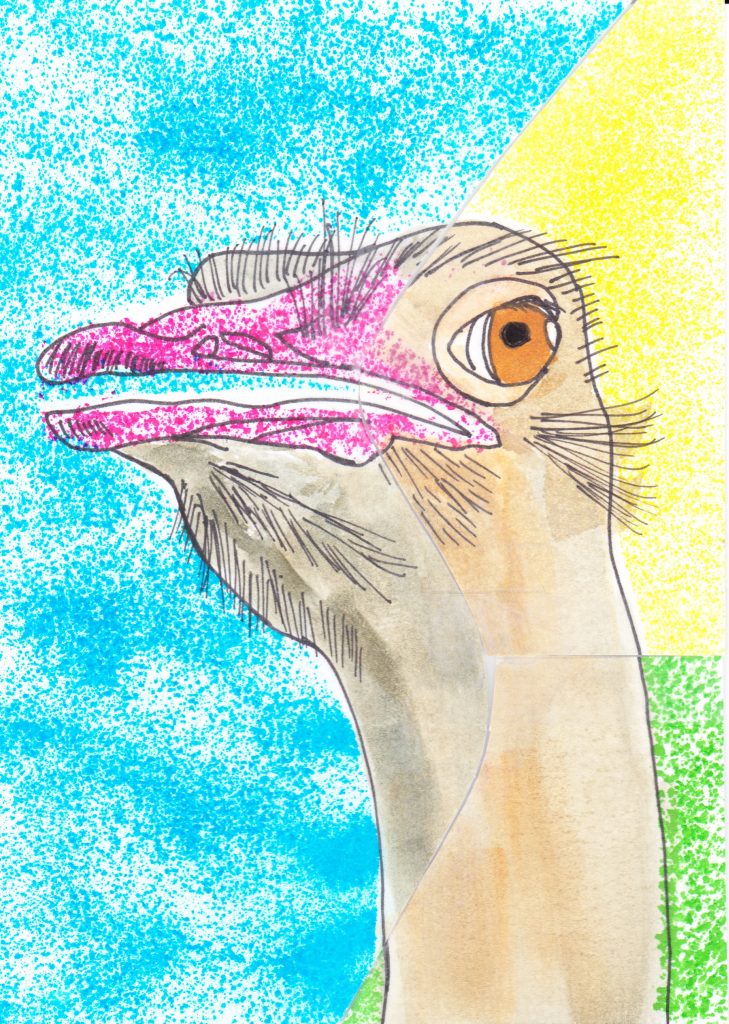 Just as an aside, as my pieces take 2 to 3 hours to complete, I knew weeks ago that there was no way I could keep up with the others if I continue the numbering as I’m doing. As I started at the same time as Stipygoose, who posts like clockwork, I aimed to try and almost keep pace, but rapidly found myself falling to at least half her number.

So in my head, I’ve just doubled the number and that leaves me only 10 or so behind, which I feel is where I want to be. Everyone defines their 365 in their own way, but this being my 4th attempt to create 365 in a year, I wanted to try and keep pace.

However, now that I’ve started introducing 3s, things are going to get a bit more complicated for me, but I’m not going to explicitly change my numbering as a&b, or a&B&c are all part of the same set in my opinion so shouldn’t have a different number.

Any suggestions on how to keep track gratefully received!