All of the nature postcards I have posted up so far have come from the same set of postcards, which I think I bought in the Natural History Museum early on when Elena and I started dating. As every postcard from the set so far has been of animals from Botswana, I had assumed that the set was of animals from Botswana, but it turns out that other countries are represented too.

Today’s offering comes from Madagascar. I found this really daunting to colour and actually completed the lines last week, but was too intimidated by the Chameleon’s reputation to start on the colours until last night. 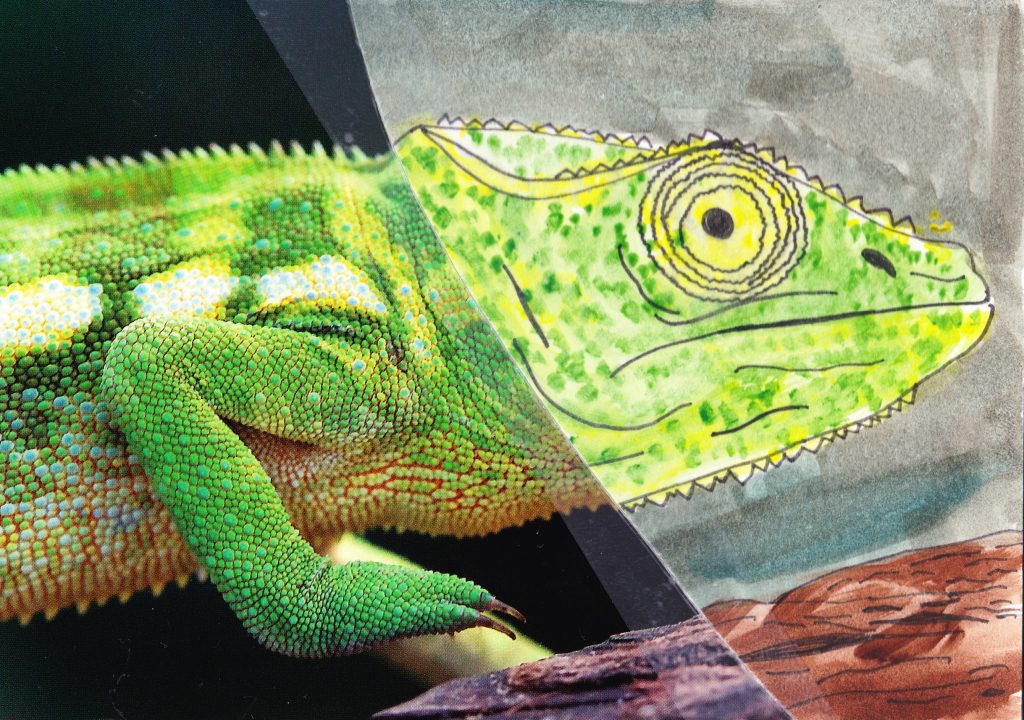 Everyone knows the Chameleon as the master of colour, and with my watercolour style being flat and toneless, I was really worried I would make a mess and not do justice to this magnificent creature.

Turns out I shouldn’t have been worried. I applied the dots first, thick watercolour on dry paper, and then wet the brush and gave it a light rinse to give the skin overall tone. 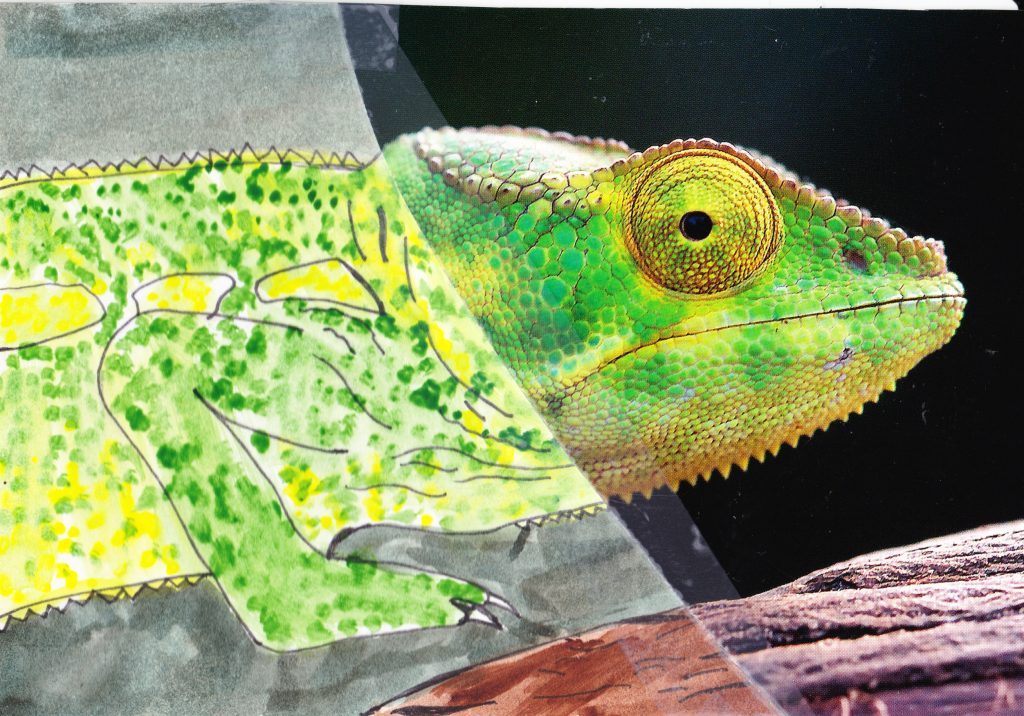 Another thing I learned in this was to make a grey from blue and brown, which forms the background. I made that without consulting the net so am pretty pleased with myself. I’m getting the hang of this medium at last.

Here’s the original before cut. This was one I really didn’t want to take the scissors to at all. 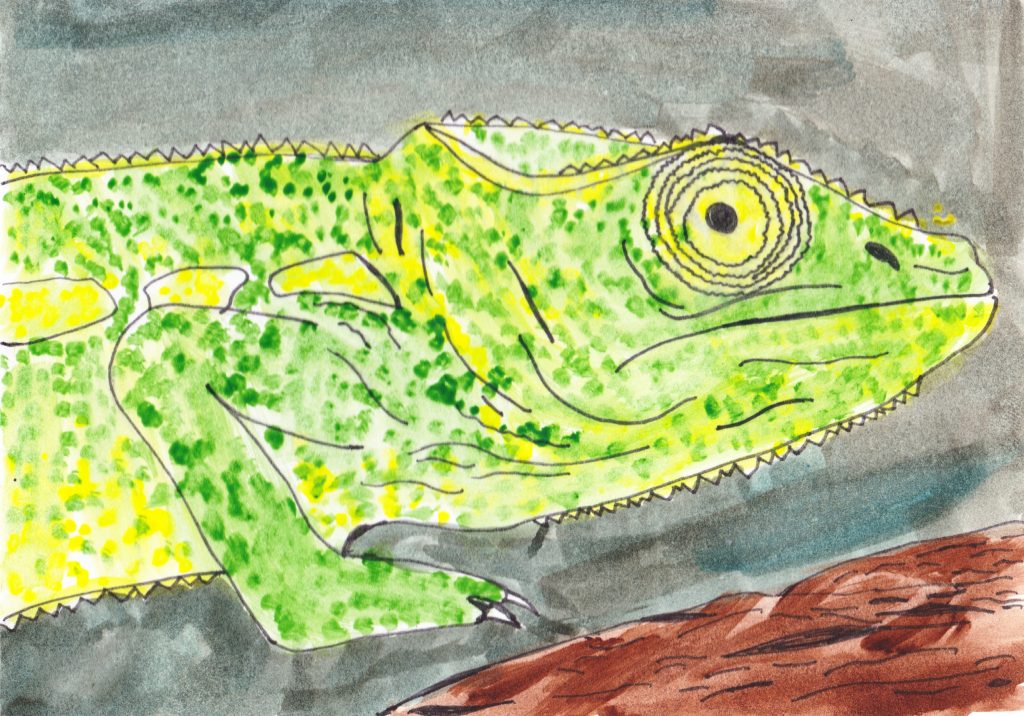