Only 1 letter into Alphabet month and I’m already interrupting the regularly scheduled broadcast for an older piece, now re-numbered and posted up as 023. You may recall that when I done number 19, I had sent a piece out without scanning it first and was kicking myself. It turns out that the recipient got in touch with Elena thanking her for the package and the artwork. Elena asked for a picture for me and here it is, recovered 🙂 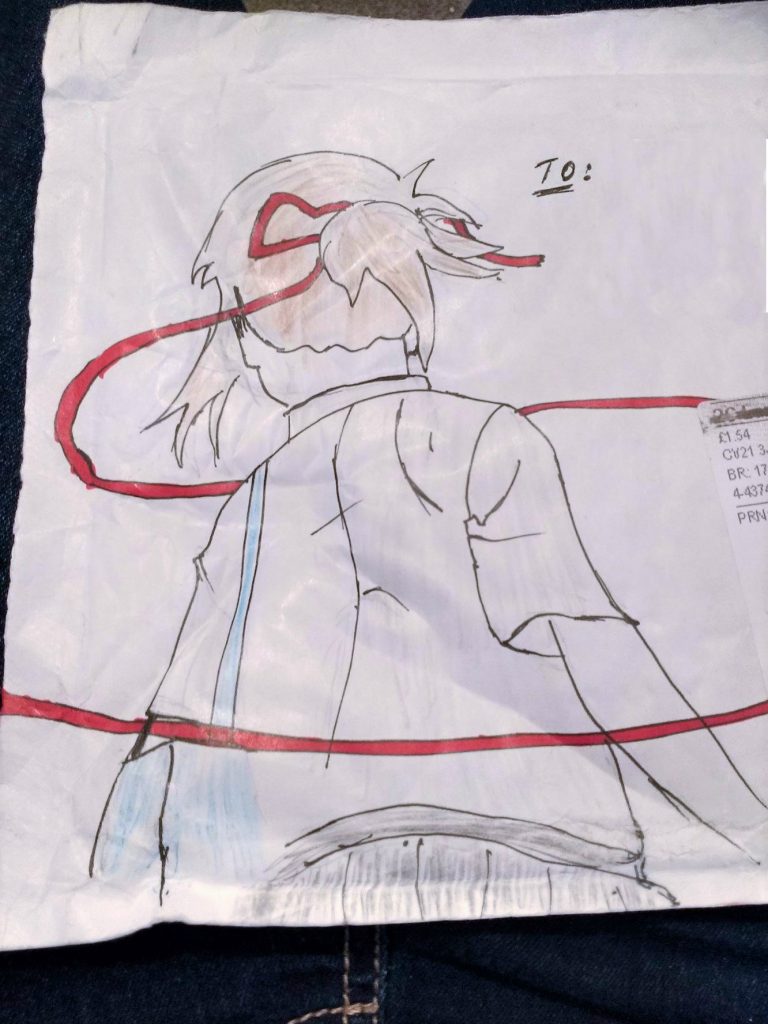 This piece was inspired by the very wonderful Anime film, Your Name, which came out last year. It didn’t seem to make a big splash here but has become the highest grossing Anime of all time, surpassing even Spirited Away by Hayao Miyazaki. It is a much deserved accolade, but somehow Your Name hasn’t made it into any of Oscars this year either, much to the amazement of the fanbase. (Update – Studio Ghibli ended up taking the best Animation gong, thankfully, with The Red Turtle)

If you haven’t seen any Anime in a while (or ever), just go and see Your Name and see it right now. You won’t regret it. 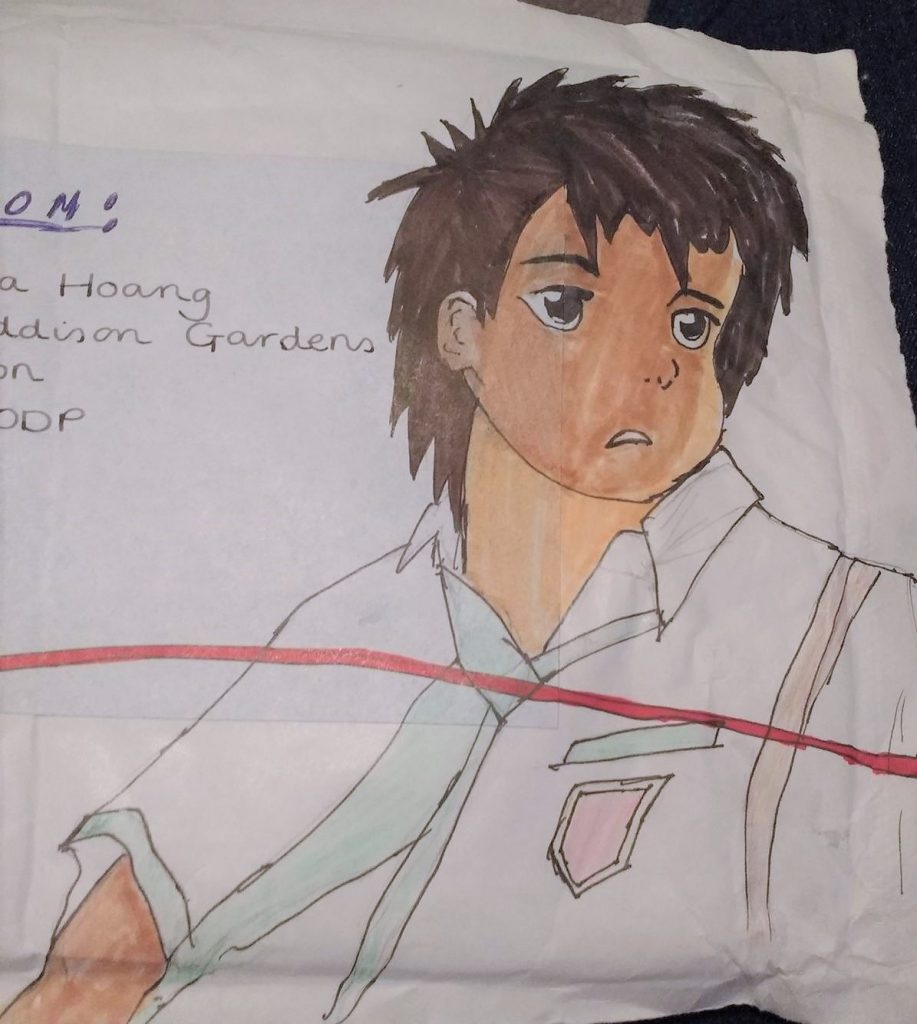