In naming all of my series, I’ve been keeping the original name on the postcard as the title. In this case, the postcard was an antique photo postcard (it still had the printed word “postcard” on the back) and had no title. It was probably printed by someone for their relatives or as a keepsake.

As such I felt very strange about cutting through this. I imagine that, at the time this was taken, the family felt that by taking a photo of the mother and baby they were in some way not only immortalising that moment, but making that union of mother and baby last forever. I felt so guilty about tearing them apart, that I scanned the photo before I got to work and present it here, bestowing upon it that immortality in cyberspace that I denied the hard copy. 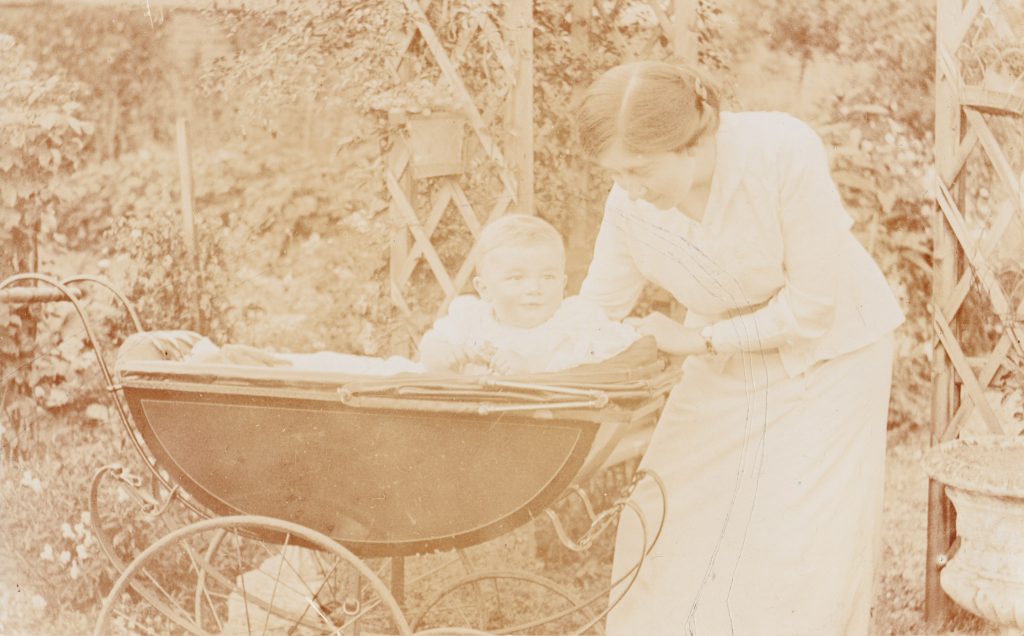 With this piece, i think I got very lucky. I realised that this would look much better if I could merge this with a modern image of a pram, so I looked through the only parent magazine that we had in the house. I only found 2 images, but only one of them had about the right proportions.

I wasn’t too sure what I would do with it, but just cut through the magazine image to try and get the pram free. When I put the two images on top of each other I realised that the arms just happened to match up. I do think that in doing a 365 with a single theme you do open yourself to moments of luck like this. 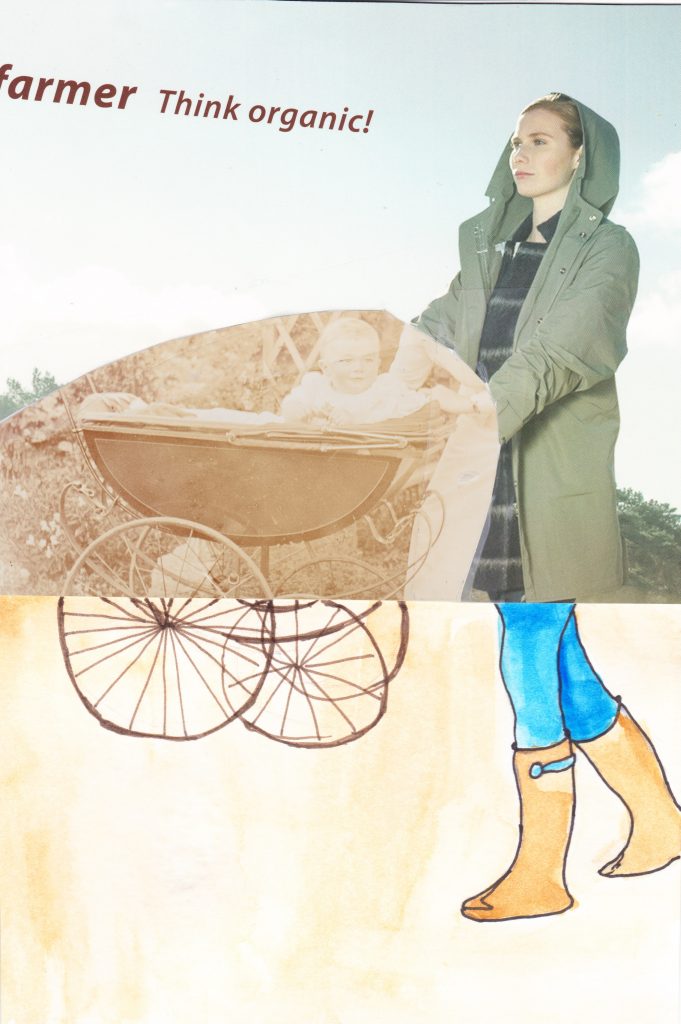 The only problem now was that the magazine image was portrait and the original image was landscape. After a little tinkering, I figured that I would need to extend the image to fit the larger one, and so ended up with the first set which is larger than the original. 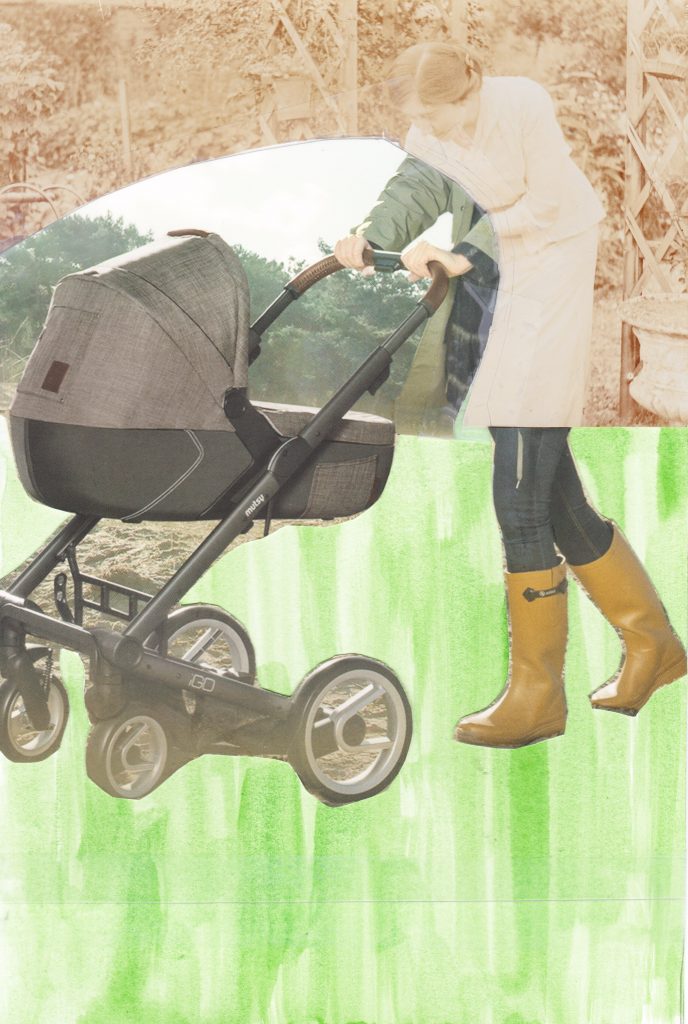 And even though I’m really pleased with the result, which is just smaller than A5, i do wonder what the original mother would have thought. I hope she approves.