A few years ago, when I was still actively running my REAL wall, I got a surprise package from a museum in North Dakota called The Plains Art Museum. The package contained some postcards and a pair of free tickets to the museum, in case I happened to be passing through.

It turned out that someone in the museum had been inspired by my project and was working on their own REAL wall over there in the museum on the other side of the world! I was flattered, but never got to use those tickets.

One of the postcards in the package was this one, a print of a lithograph by Dave Yust. I believe this is part of the Heart Inclusion series. 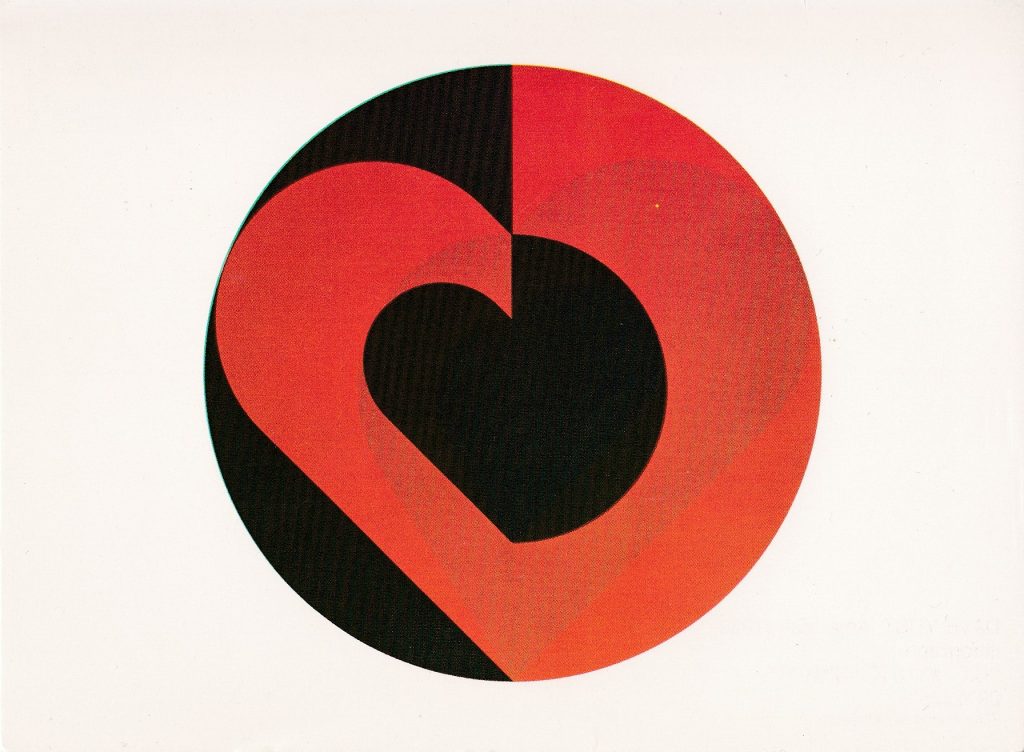 The thing that jumped out was that the cut line for this would be pretty obvious and the other obvious conclusion that I came to was that just recreating would be kinda dull, so I thought I’d have a little fun and create 2 Heart Inclusions of my own. 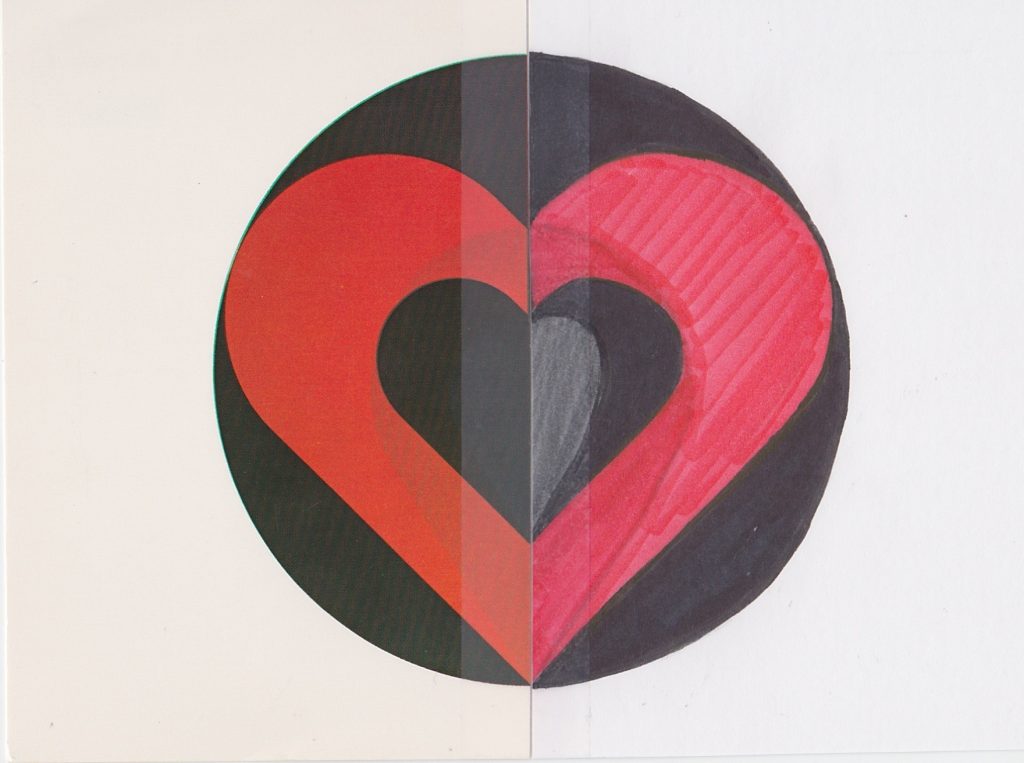 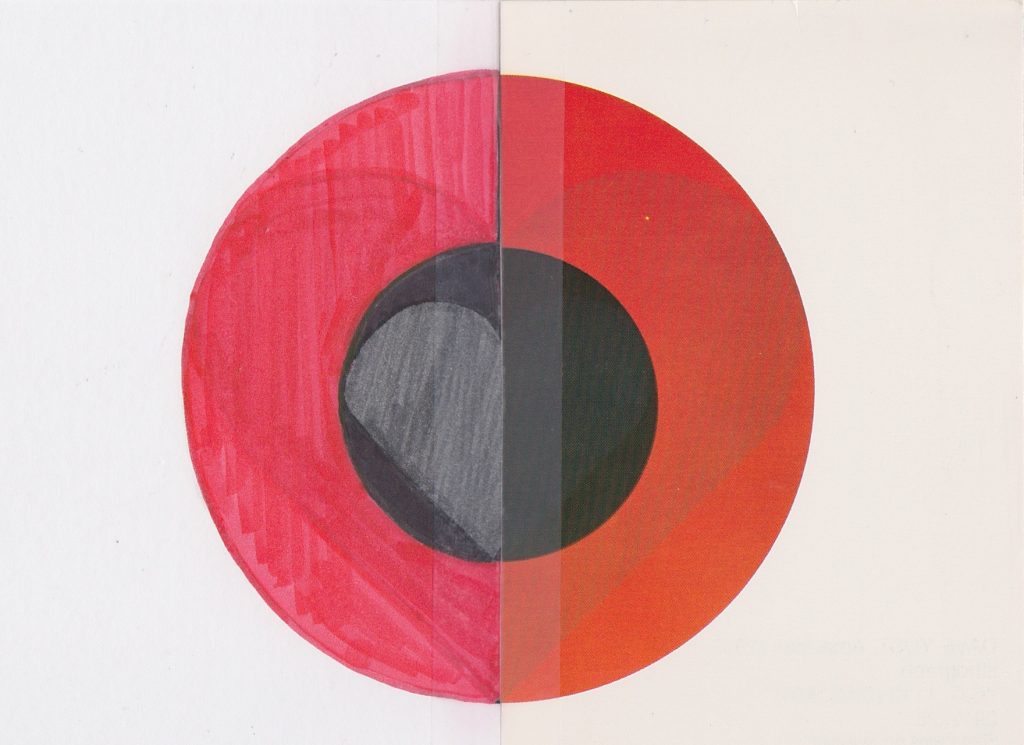